Live the Now was an interactive campaign designed to promote awareness about mindfulness in Kuwait.

Mindfulness is a concept of being aware of our thoughts, feelings and environment in the present moment. It means purposefully noticing life as it happens.

To promote the concept of mindfulness we organized a special activity at The Avenues that gave a chance to the visitors to escape from the busy mall space to an environment where they could relax and concentrate on themselves. We planted two specially designed interactive booths that gave the visitors a guided mindfulness experience. 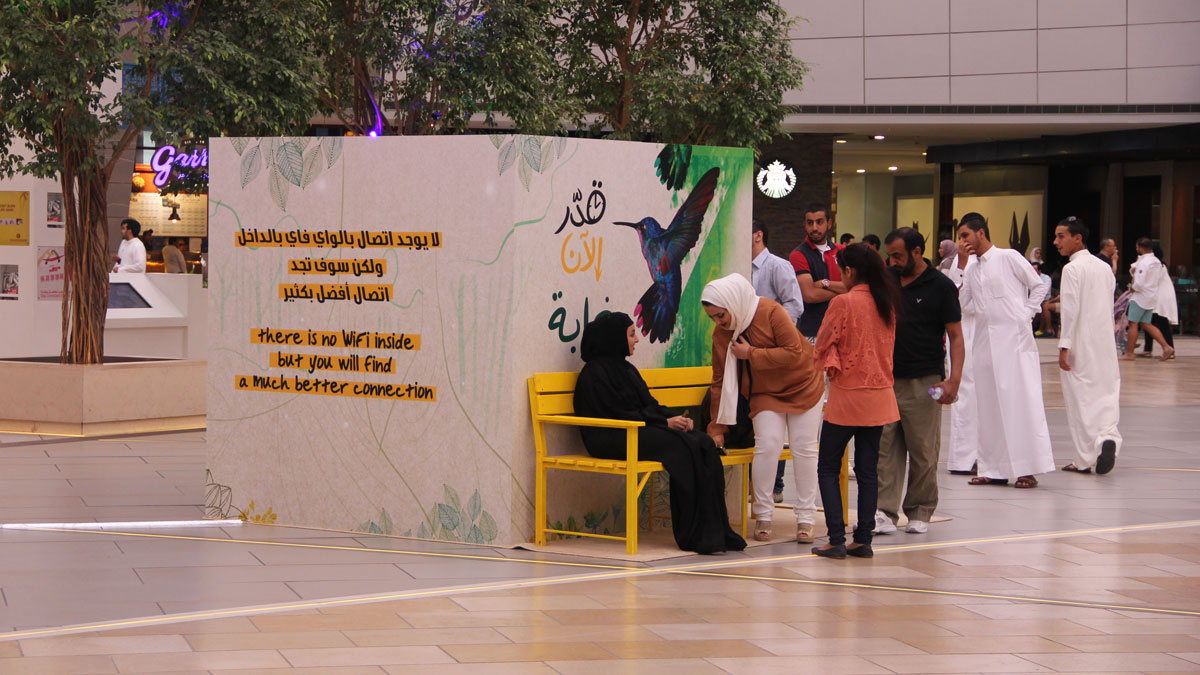 Over 1500 people tried the exercise in which they could choose between 2 different environments, one being in the forest and the other in ocean. The booths had special environments created inside through sights, smells and touch that reflected the beach or the forest. They were also equipped with sound proof walls to keep out the hustle and bustle of the mall. Inside the booth the visitors were shown visuals of the environment and through a soothing guiding voice & were asked to slow down, clear their minds and concentrate on the moment. They then were told to activate their senses one by one and concentrate on each sense as they absorbed the visuals, sounds, smells and feel of their environment. The guided mindfulness experience lasted for 3 minutes and helped them take a break from the outside world and connect with themselves. Many of those who tried the experience left the cubes with renewed energy and said that the cubes helped them relax and feel more connected with themselves. 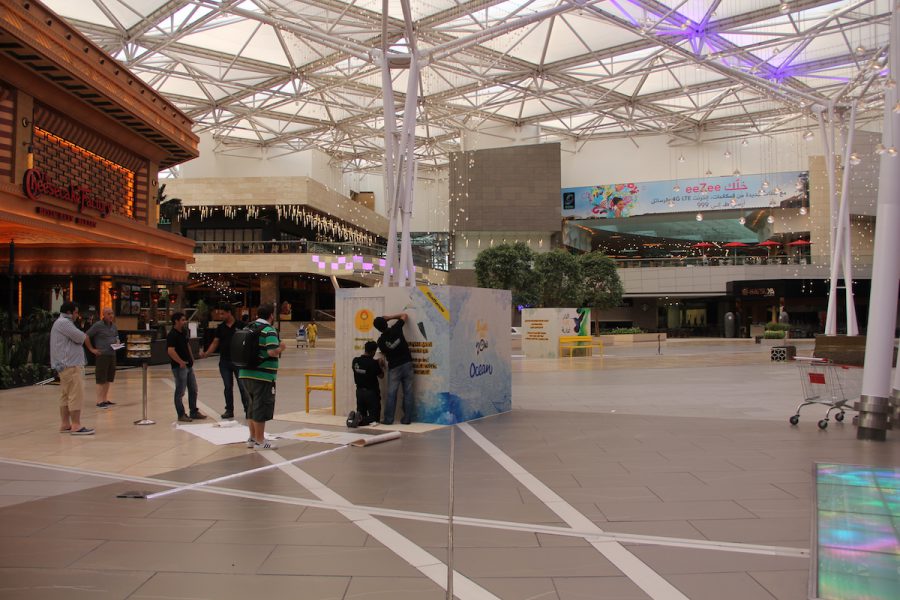 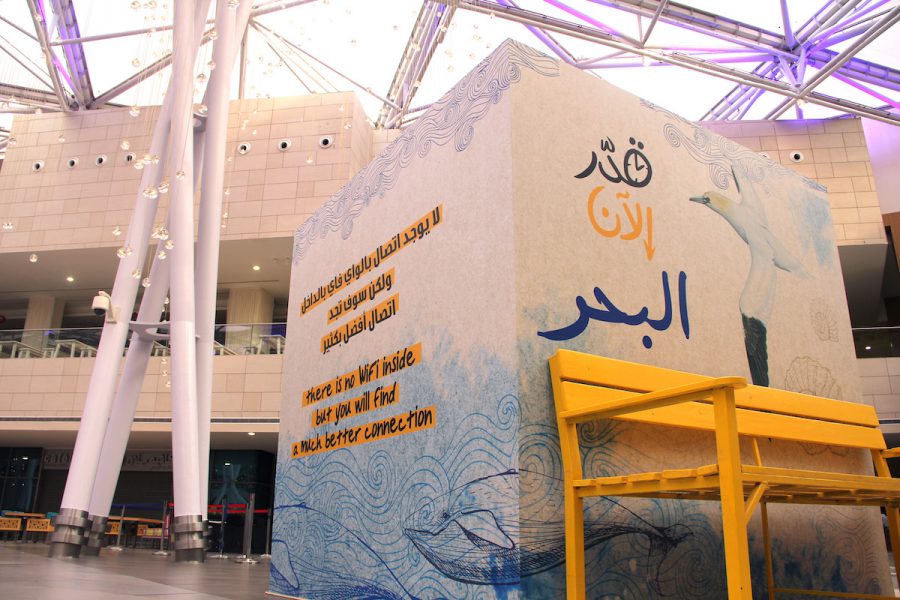 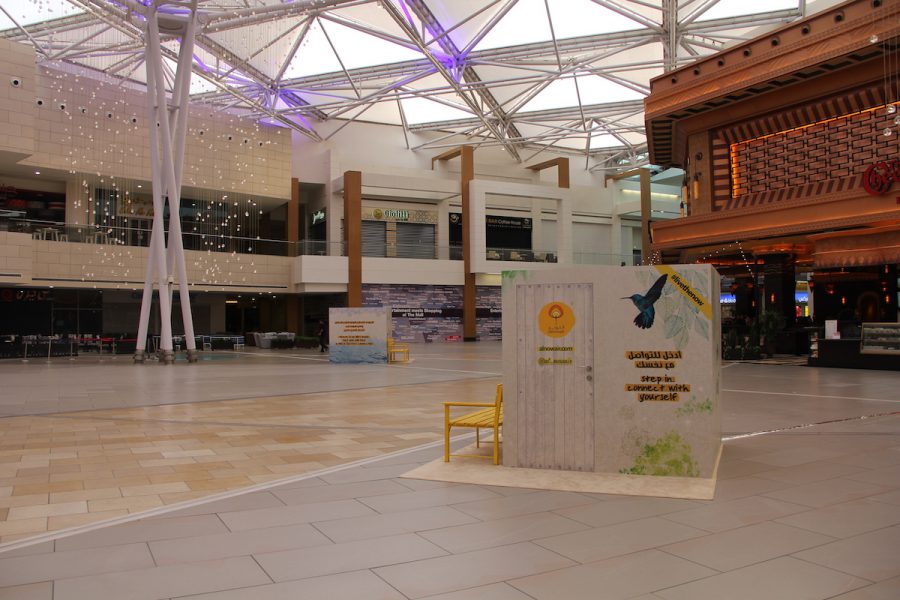 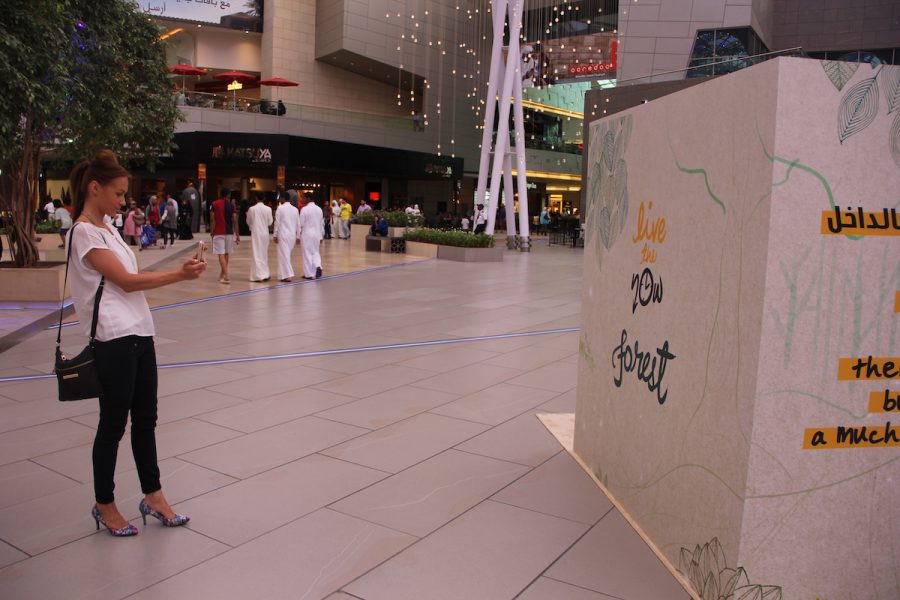 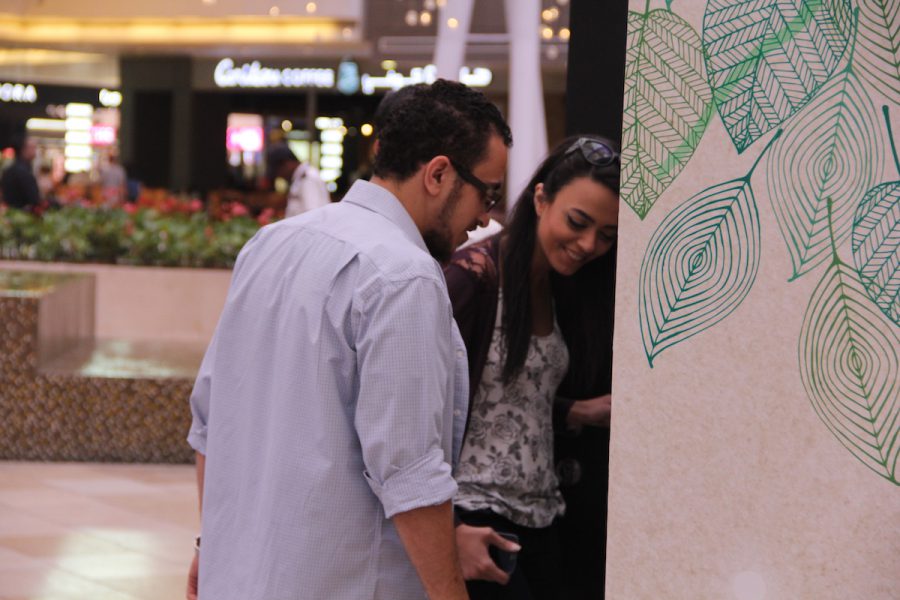 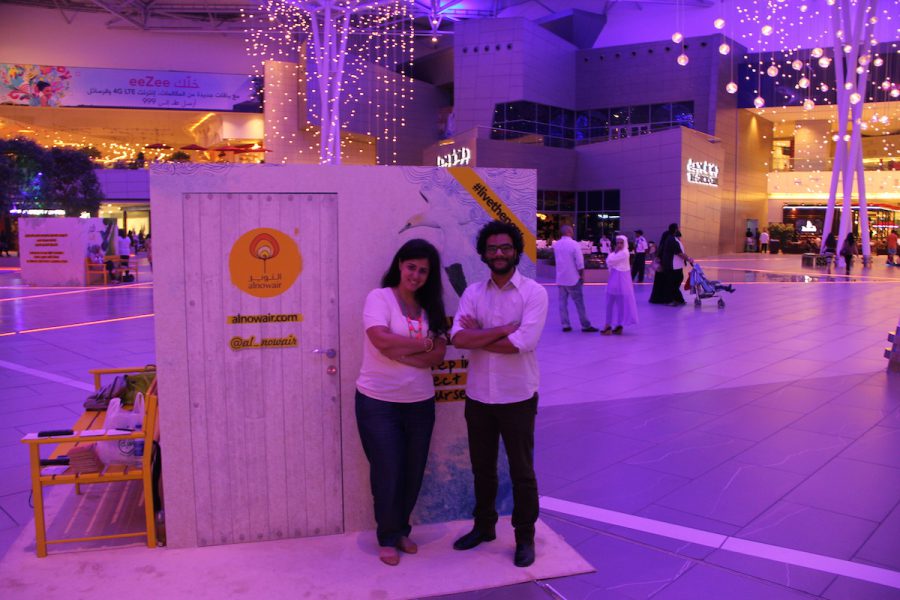 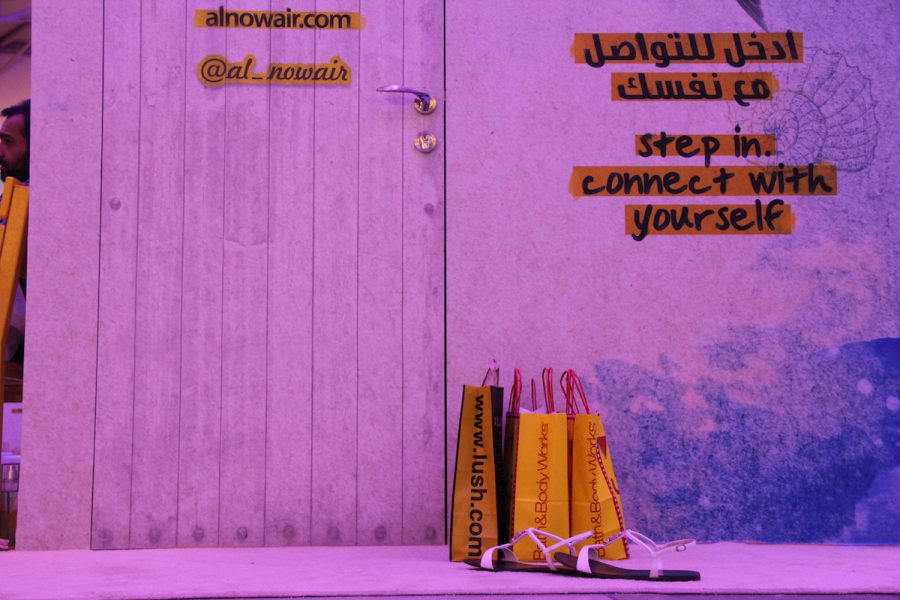 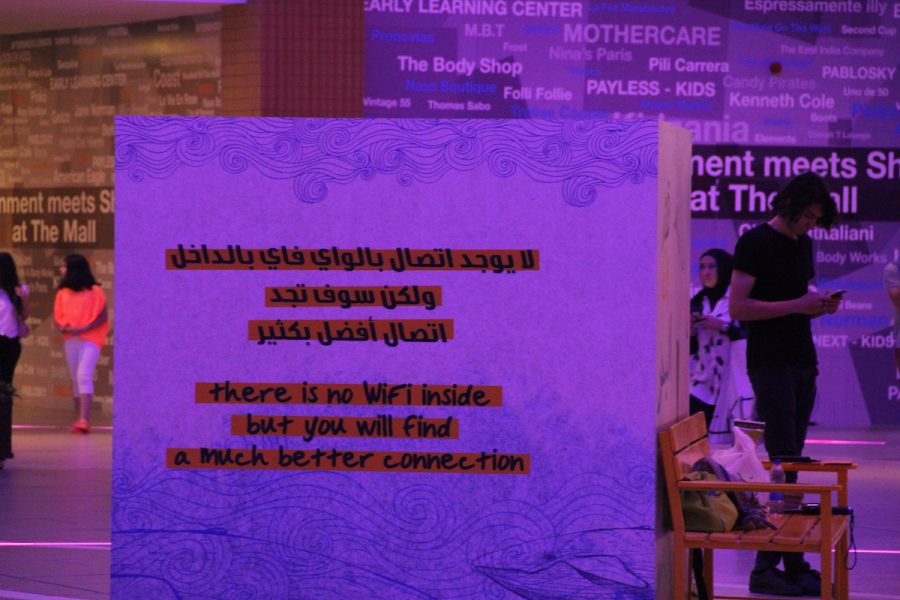 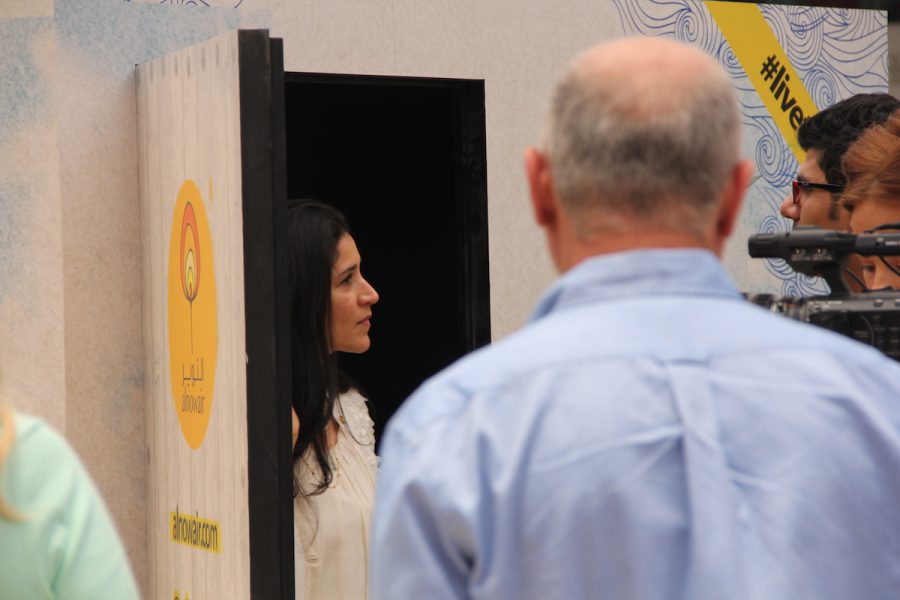 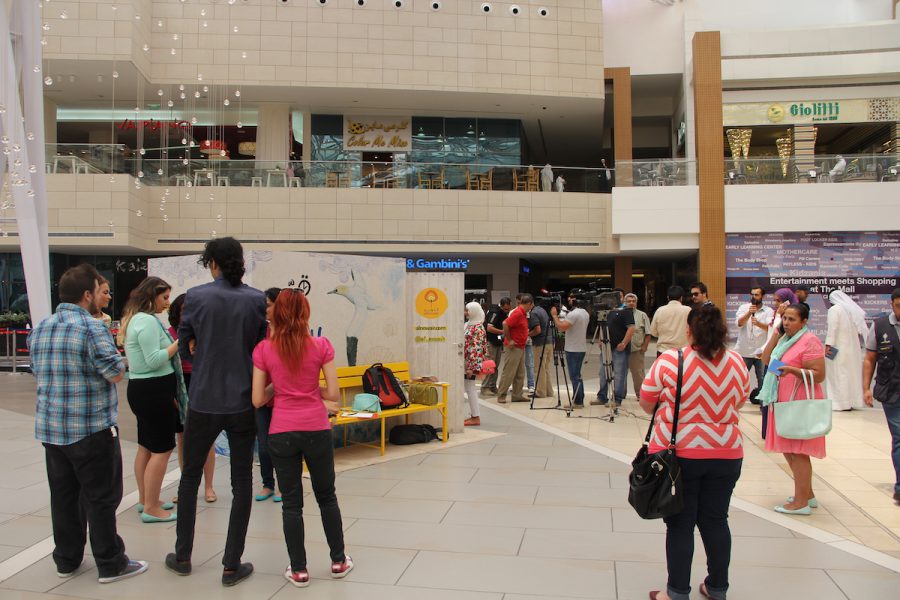 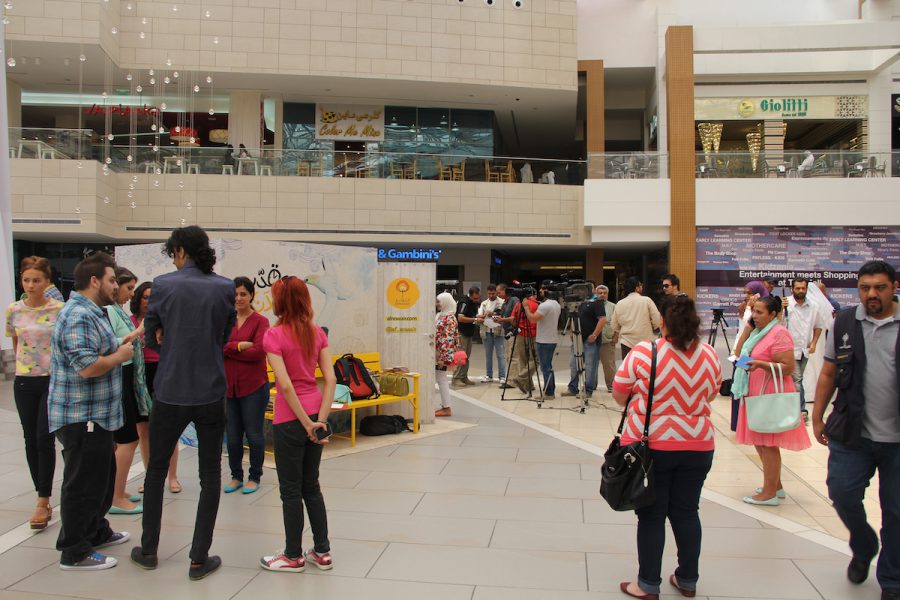 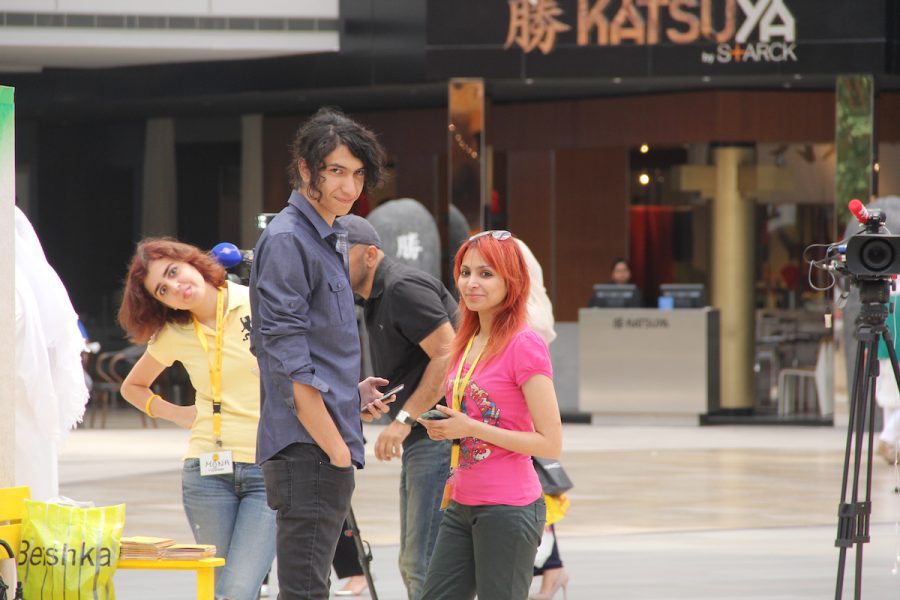